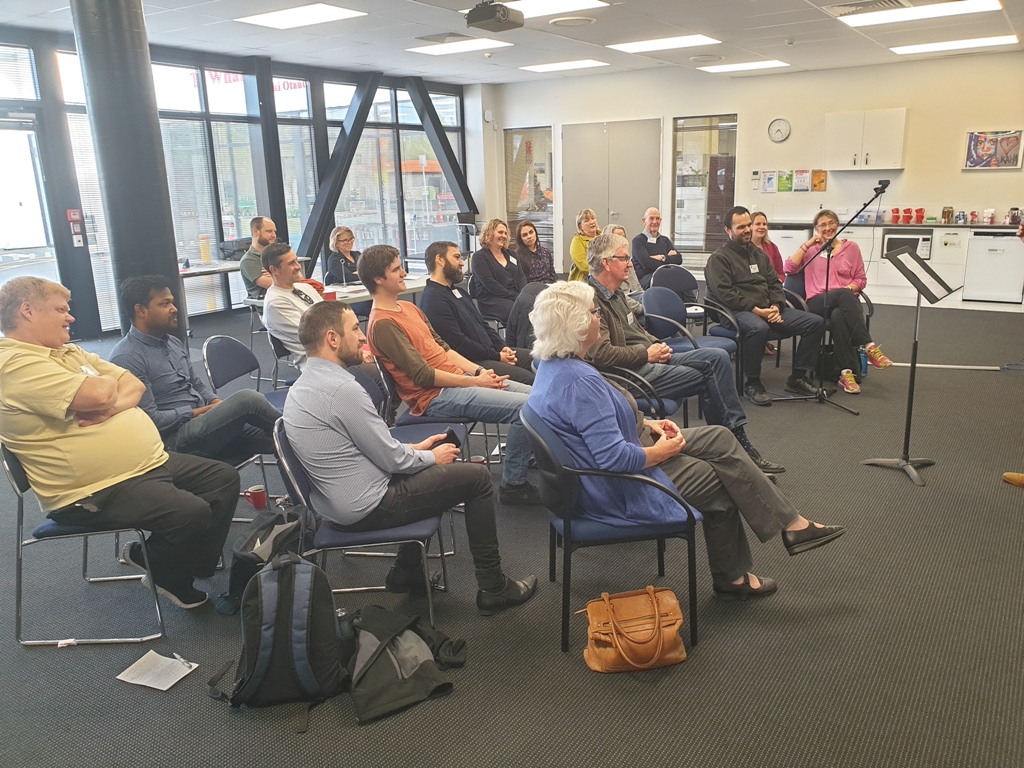 Member blog by Aaron Gale: “A Healthy Balance” was the theme chosen for today’s meeting by our Toastmaster for the day, Deb McAlpine and we had ‘balance’ by the bucket loads with a relaxed yet efficient program followed. Deb began with some insights into her warning indicators that tell her she is tipping the needle towards the red zone with her ‘balance’. I think many in the audience could relate to those given the events of 2020.

Louise Landess showed her dedication to the club by logging into the meeting via Zoom to be Grammarian and in keeping with the theme, chose “Rest” as the word of the day.

David Cooper had the honour of giving the first speech of the day, from the Presentation Mastery Pathway – Connect with Storytelling. David’s speech was titled “Let the Games Begin”. And the games did begin with David asking the audience to imagine taking an eight year old to the Commonwealth Games with the Queen now dead and King William succeeding as an autocratic dictator! There was a reason for this setting since David, as part of his storytelling, then had us step back in history to Roman times. This time taking the eight year old to the Colosseum to view the Games of that time – Gladiator warfare with the dictator Caesar on the throne. It was a clever use of imagery to take a modern day setting that we could possibly relate to, back to an historical period.

Next up was Cam Parsonson who navigated the Persuasion and Influencing topic via a speech entitled “Mediating through Hot & Cold”. It was a humorous speech telling of the assumption errors of people’s intellect, motivations and character that can be made as an employment disciplinary mediation unfolds. The audience was fully engaged for the duration.

Alana Bogart provided an Educational on Mentoring, describing what the club wants to achieve with the mentoring programme, the initiatives being developed and also asked for audience input into what mentoring is and how it is done well. Plenty of suggestions were received and we look forward to the outcome as the project progresses.

After the break, Gerald Hartley introduced the abridged Table Topics session. Our two new guests (Anna and Reuben) were invited to speak and did a great job in introducing themselves and what they hope to get out of being a member of a Toastmasters club. Bradley Grootelaar (Division Director) was next up who convinced everyone of how dearly he loved his day job…

The evaluations were all relevant and well considered and Stephen McConnachie didn’t quite live up to his Timer responsibility by arriving late to the meeting himself, but made up for it by somehow making the time summary read out entertaining!

Our special guest, the Division Director Bradley Grootelaar, although struggling with the early start, presented trophies to Gerald Hartley (Humorous) and David Clarkson (Table Topics) as the winners of the Area D1 Contest!

After a bulletin from Sabine, David Pottinger wrapped up the meeting by awarding the “Toastie” award to our guests, Reuben and Anna. Congratulations!